Misdirection in magic is commonly considered a form of deception where the magician distracts his audience from what he is really doing. Misdirection is thought of as misleading your spectator’s attention and manipulating their interest in order to do something sneaky or secretive.

Being a full time magician for over 20 years I have studied, considered, and performance-tested all forms of misdirection in magic. Here is what I have learned.

I like to think of misdirection as managing your audience and directing where they focus. One of the late great magicians, Tommy Wonder, said it best- think of it as Direction, not Misdirection. Misdirection has a negative feel to it, like misfortune or misunderstanding. Direction seems more positive to me. Through good choreography and routining you can control or influence where your spectators look.

Wherever you look your spectators will look. During a trick, when I look up, my spectators look up. Things you don’t call attention to or put importance on won’t be noticed. People will watch the hand that is actually empty if they are convinced that it is really holding something. If you believe, your audience will believe. This is why technique and choreography, in my opinion, are the most important parts of a trick.

HOW IMPORTANT IS MISDIRECTION

Certain magicians say misdirection is the main component of magic. They say nearly the whole art of sleight of hand is focusing people on the wrong hand. This is not what I have found. I believe most of these magicians either don’t perform much or performed a very long time ago when times were different. Entertainment has changed drastically.

I believe the biggest component of magic is skill and good routining. With YouTube and other platforms magic is readily available nowadays. People love magic yet they have short attentions spans. You have to keep it moving and keep your spectators engaged. You cannot tell long stories and ask a million questions. If you point at your hand they will probably look at the other hand.

Your audience needs to be guided properly. This requires you to be a confident performer and leader, which only comes from experience. It is crucial that you first perfect your tricks. Then you can learn to engage and command the attention of your audience. This takes practice and performance experience and develops over time.

Misdirection happens naturally when there is good routining. Your spectators will be convinced you are holding the coin if there was a good reason for placing it in your other hand. For example, I place the coin in my left hand so I can reach for the magic wand with my right hand because it is on the right side of the table.

Check out this Free Video and learn my favorite 4 Ace Trick. It is easy to do, guaranteed to amaze, and requires no misdirection. I perform it all the time at my paid events.

One of my favorite tricks is the rope trick The Professor’s Nightmare. You can learn it here. After the ropes magically become the same length there is a count which requires a move. Yes the move should be done casually, yet I don’t think it requires any misdirection. The move should be practiced and perfected so that someone watching it closely will be fooled.

Another example is a fake take of a coin. You can learn my favorite one here. If you misdirect your audience when you perform the move, and they look up, it will ruin the routine. Your spectator might not see your technique yet they really don’t know where the coin is. Your sleight of hand technique must be good enough so that your audience can watch you perform it.

Just because you are a magician doesn’t mean people want to hear you talk. Everybody loves watching magic tricks, it is a part of being human. We all like the feeling of awe and wonder that magic gives us. People will watch your trick not because of the patter, because of the magic. They will put up with your patter. Long stories and intricate explanations lose spectators interest. Leave it out and just do your tricks!

The best forms of misdirection are naturally woven into your performance. Nobody is watching closely when there is no importance put on the moment. Here are some good examples of misdirection because they are part of your routine.

After something magical happens, there is what is called an offbeat. This is when you lessen the intensity of your focus and relax your body, as if the trick is over. Everyone reacts to the magic, relaxes, and looks up. This is a great time to casually place your hand in your pocket to steal out a coin.

Time misdirection is when you wait a second before showing something so your spectators forget the details. For example when your spectator cuts the deck and you mark the cut with the other half (The Criss Cut Force). You end up showing them the original top card and tell them that is the card they cut to. It isn’t true yet they won’t exactly remember. So it will fly. Time misdirection, like all other forms, is not a substitute for good technique.

Eyes will always follow the moving hand or object. When I lift up a cup and tip the ball off of it, all eyes follow the rolling ball. When I place a coin in my hand and bring my hand up to blow on it, everyone follows my moving hand. Use this to your advantage, as long as your technique is flawless.

Another example is making eye contact. When you look at your spectators they will look at you. This is great for connecting, yet at critical parts of the routine you do not want to make eye contact. If you execute a move while your spectator isn’t looking they might not catch it yet they will know you did something, which is just as bad. This is the reason you must perfect your sleight of hand and be confident with the moves.

Psychological misdirection is when a magician leads his spectators down a path so they are convinced they know how the trick is done. If they think they know the method your spectators will relax and not try to figure it out. By the time your spectators realize they were wrong you are so far ahead of them. It is too late to backtrack and they cannot help but be fooled badly. Here is an example.

When I perform the rising card it doesn’t matter if I see their card. The card rising out of the deck is the magic. Spectators don’t know what I am about to do so when they pick one they always try to hide it so I don’t see it. Since it doesn’t matter I usually look at the card and show it around. They relax because they think they saw what I did. I can do anything at this point, they have tuned out. Perfect time to do the dirty work.

Misdirection is something you have to study and work on. It takes practice, performance, and trial and error. Over time you get better and better, like anything else. Being a great magician is not easy.

If anyone has to be a master of misdirection I would say it is a pickpocket. The success of them taking people’s personal items depends on misdirecting attention. Their methods involve a lot of touching and fast talking. This is completely different than what a magician should be doing.

Years ago I got into stealing watches during my performances. It is one of the strongest things you can do and gets a tremendous reaction. I got pretty good at it yet never felt 100% comfortable. It involves a technique that has to be done under heavy misdirection. I felt there was too much touching which is not my style. 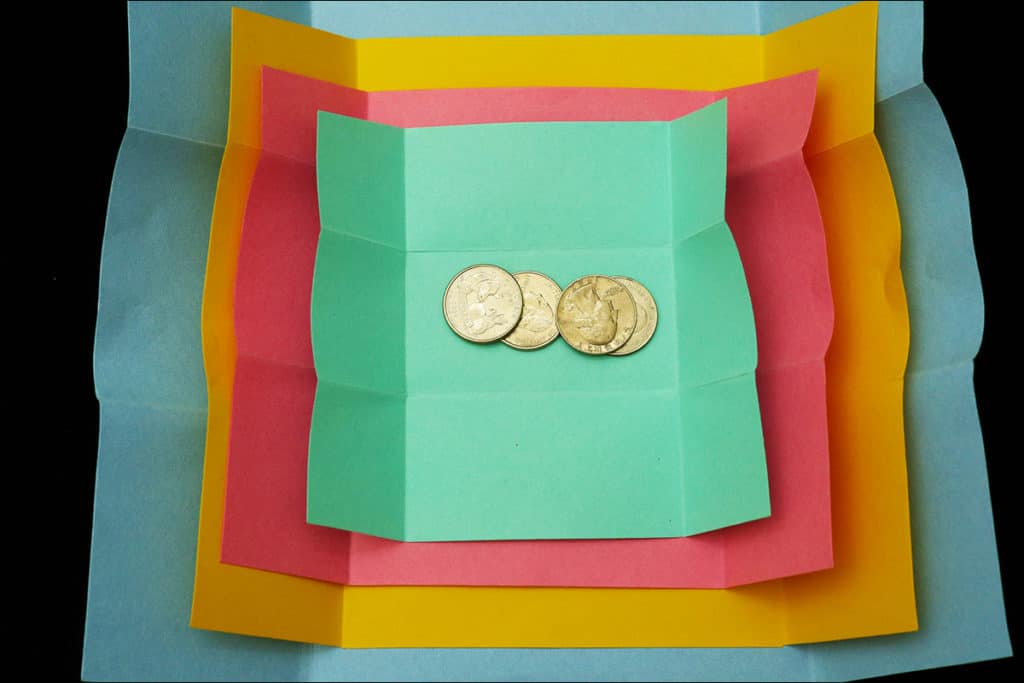 How to Learn Magic the Right Way

What Do Magicians Say- Most Popular Magic Words